Islamabad: The National Highway Authority (NHA) has decided to initiate 42 new road development schemes in a bid to upgrade and expand the road infrastructure of the country, according to a news source. The authority is also focused on the timely completion of the ongoing projects.

Out of the new projects, 31 are expected to be funded by the government and the remaining 11 to be completed under a public-private partnership mode. The total estimated cost for this extensive project is PKR 160,000 million.

Under the Public Sector Development Programme (PSDP), funds worth PKR 5,000 million were recently allocated for developing the Hoshab-Awaran-Khuzdar Section of the M-8 motorway. The details of allocations under the PSDP are as follows:

The department official who divulged these details also mentioned that the PSDP for FY 2019-20 had also made allocations for the 11 road project to be developed on a public-private partnership model. 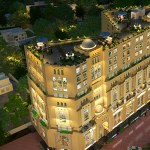